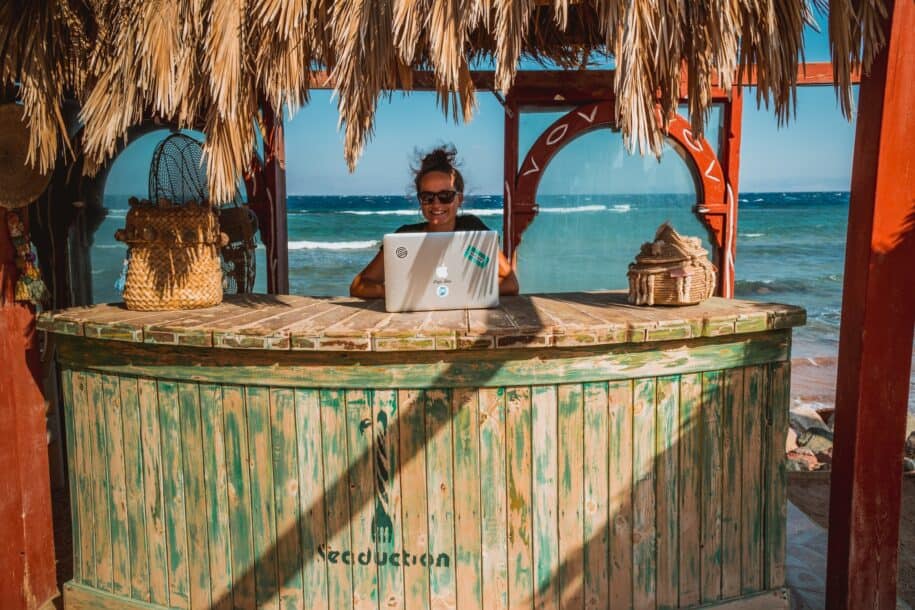 Freedom as a Digital Nomad in Thailand

I was scootering along the other side of town fairly recently when right in front of my eyes something happened that rather typifies the way things work in Thailand.

I was running a small errand and ended up right behind a police officer on a motorbike.

Now, if you’re anything like me and come from a Western country, police officers in a vehicle usually spark up a feeling of dread.

Not because you’re doing anything wrong, but more because common sense seems to be disappearing and the punishment culture seems to be getting out of control.

I am pretty sure you can relate here.

Anyway, as we approached a pedestrian crossing, the lights went red and a Thai couple stepped out to cross to the other side.

After they’d finished crossing, the police officer flicked his eyes left and right, saw that there were no other people crossing and proceeded on down the road, going directly through a red light.

As did the rest of us following that demonstration.

I must admit, I was chuckling to myself afterwards.

Now, I’ve been to a few countries in the West but I am trying to imagine under what conceivable circumstances, short of an emergency, where you would see that happen.

In short, you probably wouldn’t.

The incident was over pretty quickly but it’s a great example of how Thai society differs from most places you might have been to.

There’s a personable touch to it that translates to common sense on the ground.

I go around Chiang Mai a lot and I never fear seeing a police officer as they just don’t go out of their way to bother you.

There are no parking wardens ready to pounce and fine you a week’s wages if your wheels are an inch over the line.

I get to live without fear.

I often wish more people could experience the freedom that comes from being a digital nomad and living in a country like Thailand.